The 10 ASEAN countries have a population of about 650 million people in total, making ASEAN the third largest consumer market in the world by population, following China and India. In terms of population structure, the working population is generally young, about 60% of them are 35 years old orbelow. As a result of the booming economy, the middle-class population is expanding rapidly and they have relatively strong consumption power. The demand for high-end luxury goods such as jewellery is expected to grow further. 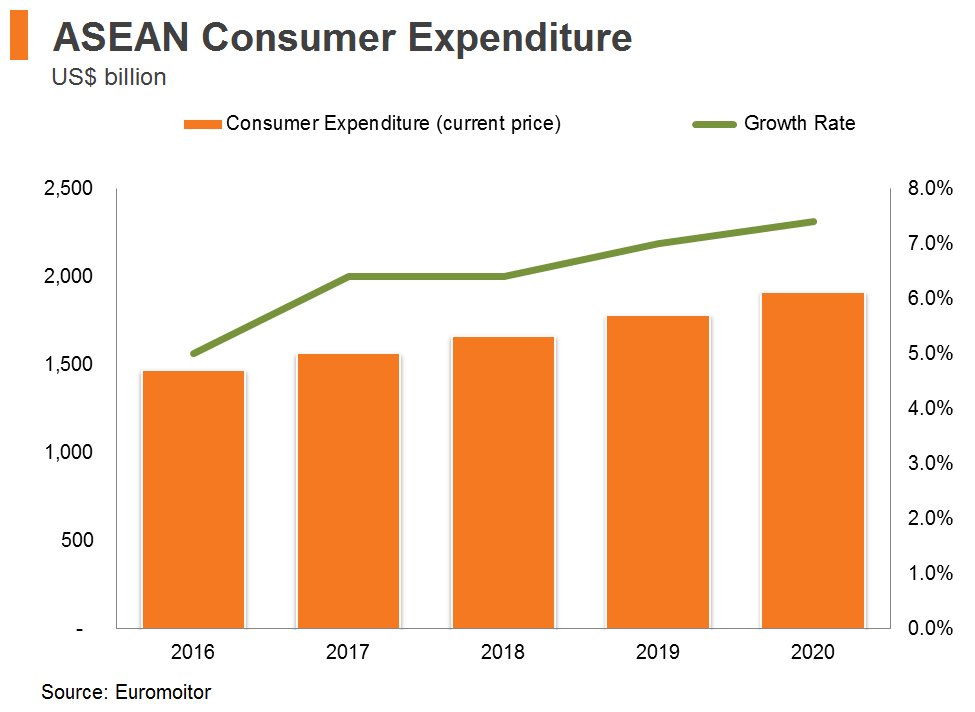